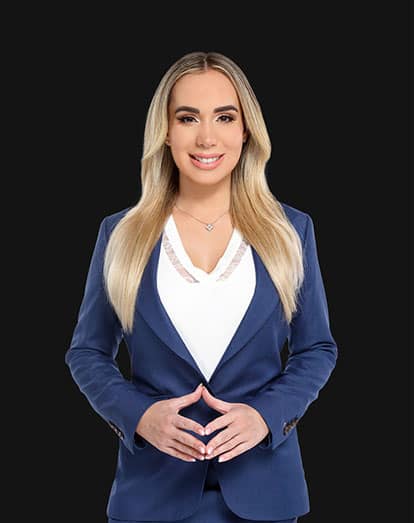 Jany Martínez-Ward is a Founding and Managing Partner of The Ward Law Group, PL, a Florida law firm representing victims of car accidents. She focuses her practice on providing legal representation to Hispanic clients that have become injured in a car accident as a result of the negligence of others. In 2018, The National Trial Lawyers Association recognized Jany as one of the top attorneys in the state and among the top 40 under 40 attorneys. Throughout her career, she has been committed to advocating on behalf of Hispanics and creating awareness of changing local, state, and federal laws and regulations regarding auto accidents, as well as providing legal representation when needed. What Makes Us Different From Other Personal Injury Law Firms?

Her reputation is undisputed, and she is regarded as one of the most prominent Hispanic attorneys in South Florida, recovering over $250 million for her clients since she launched her practice in 2012. Jany connects with Spanish speakers on the radio and television every week. This gives her the opportunity to interact with them, answer their legal questions and concerns, and understand their needs. As a result of her compassionate approach, and commitment to justice, Jany Martínez-Ward has become a trusted household name in South Florida.

During the Covid crisis when reliability was scarce, Jany and The Ward Law Group worked tirelessly to achieve a 2-million-dollar settlement for their client Marcela, an achievement that made local news headlines. "The Ward Law Group showed me that trust is possible. They helped me understand my rights and my case. They made it super simple and they were always available to answer all of my questions", explains Marcela. As a result of her specialization in car accident cases, Jany is a frequently sought-after speaker for Miami area news organizations, she has also been invited by the Florida Bar Association to contribute a chapter to the 10th edition of Florida Civil Practice Before Trial entitled "Practice and Procedure in the Handling of Automobile Cases."


At The Ward Law Group, Jany leads the firm’s Pre-litigation department team assisting clients with everything from paperwork to counseling. She negotiates settlement claims directly with insurance companies to ensure her clients receive just compensation for any financial losses, work interruptions, and emotional distress incurred as a result of being in an accident. In her role, she oversees 15 managers and over 90 employees, ensuring that clients receive outstanding service. Jany has been instrumental in growing the firm into one of the largest personal injury firms in South Florida, and it has expanded into other cities and states, including, Orlando, Texas, and New York.

The Journey Inspires Her Purpose

Jany immigrated to the United States approximately twenty years ago with her mother and infant brother, leaving everything they knew behind. Jany, like many other migrant children, crossed the border with her family with a sense of uncertainty and fear of what awaited them after arriving. Devastated and confused, she watched as her mother was arrested. Jany and her brother were taken away and placed in foster care while their legal issues were resolved. “It was a painful experience,” Jany explains. “I felt helpless and lost because I didn’t understand the language or the decisions people were making about me and my family.”

During those difficult times, she became aware of the barriers Hispanics encounter in the United States. For years, she experienced the challenges immigrants face in this complex and intimidating legal system. Helping others, especially those in more vulnerable circumstances and without a voice, became the focus of her life early on. The journey inspired her purpose and her life’s mission became to serve the legal needs of her community.

To achieve this dream, Jany attended Nova Southeastern University, Shepard Broad Law Center, and earned her undergraduate degree from the University of Florida. She has been licensed to practice law in the State of Florida since 2013. From the beginning of her career, she has seen herself as a champion of the Hispanic community, and she played a crucial role in expanding the client base of The Ward Law Firm from a few personal injury clients in 2012 to over 18,000 families today.

According to Jany, the secret of her success is due to several factors. The first is the expertise of her husband, Gregory Ward, who for many years worked representing Insurance companies. That knowledge is applied today to benefit those who have been injured because of someone else’s negligence. In addition, she attributes success to her faith, exceptional service, and unwavering commitment to the Hispanic community.

Giving Back to Her Community

Jany’s community efforts expanded beyond sharing her legal knowledge from the start of her career. When Jany is not working on resolving client cases, she is at the forefront of Hispanic community matters with her husband Greg. “I believe that exceptional client service sets us apart. It’s part of the firm’s core values, but it’s not the whole picture. We feel strongly about getting to know our clients and our community here at The Ward Law Group, and we make it a priority to do so by getting involved and giving back to our community”, she explains.

She is an active member of her church, and she has sponsored countless events to help underprivileged children and youth groups. In addition to her many community initiatives, she is an active board member of the “I Have a Dream Foundation” and she supports an annual Back to School donation drive for orphaned and underprivileged children in need at the end of each summer. 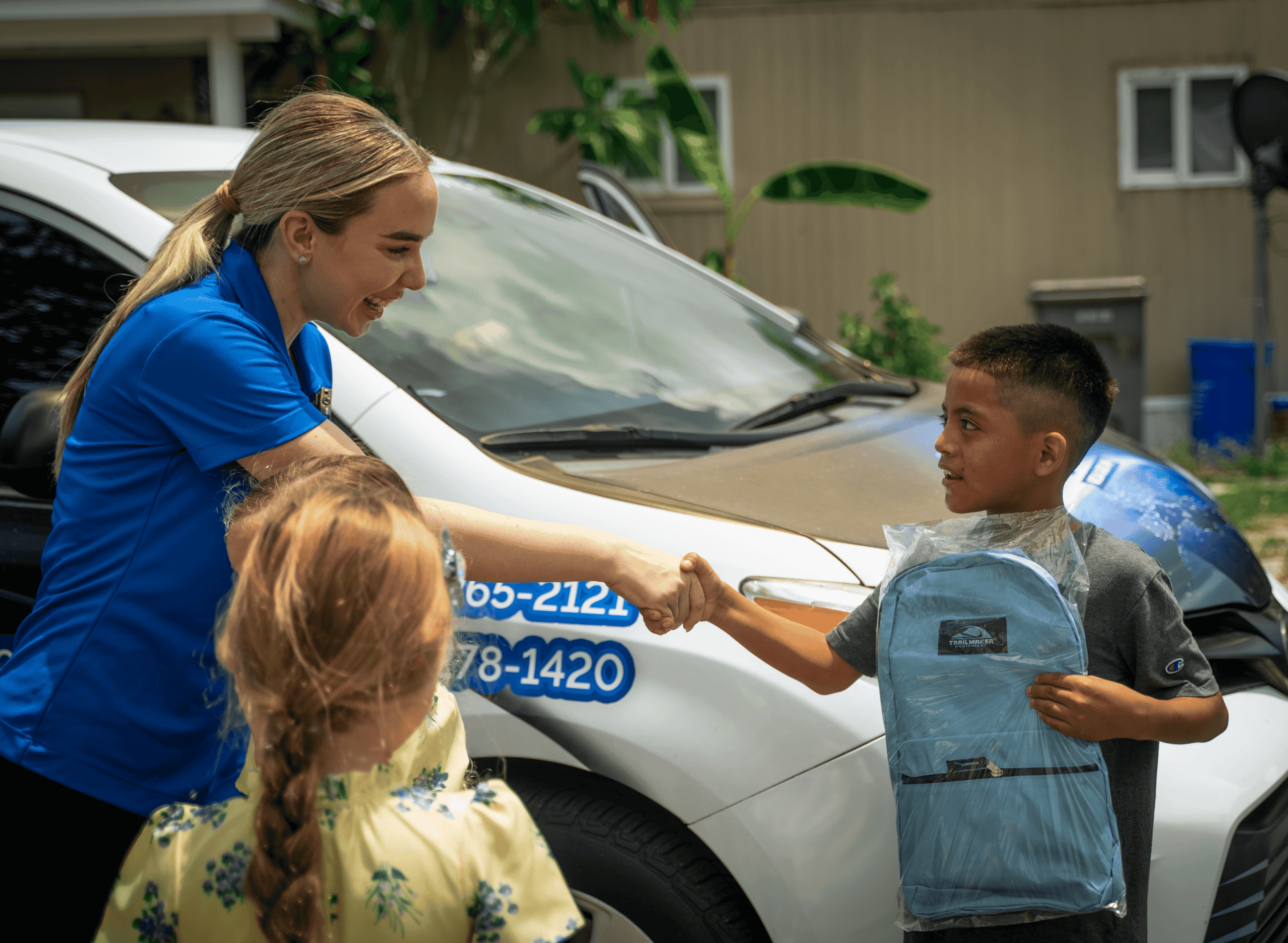 But her commitment to making a difference extends far beyond U.S. borders. Her charitable effort helps support an orphanage and school in Nicaragua. She has also helped to coordinate an effort to help Venezuelan children so they can count on nutritious meals instead of searching through dumpsters for leftover scraps. “Dear to our heart is our Turkey giveaway, “Jany adds, “in which we donate over 1,000 meals to local families every Thanksgiving Holiday. Seeing these families smile is truly just one of the most rewarding experiences for us, and we look forward to these events every year”. – Jany says. What Clients are Saying About Jany Martinez Ward